The Way from a machine

The Dude abides -The Big Lebowski 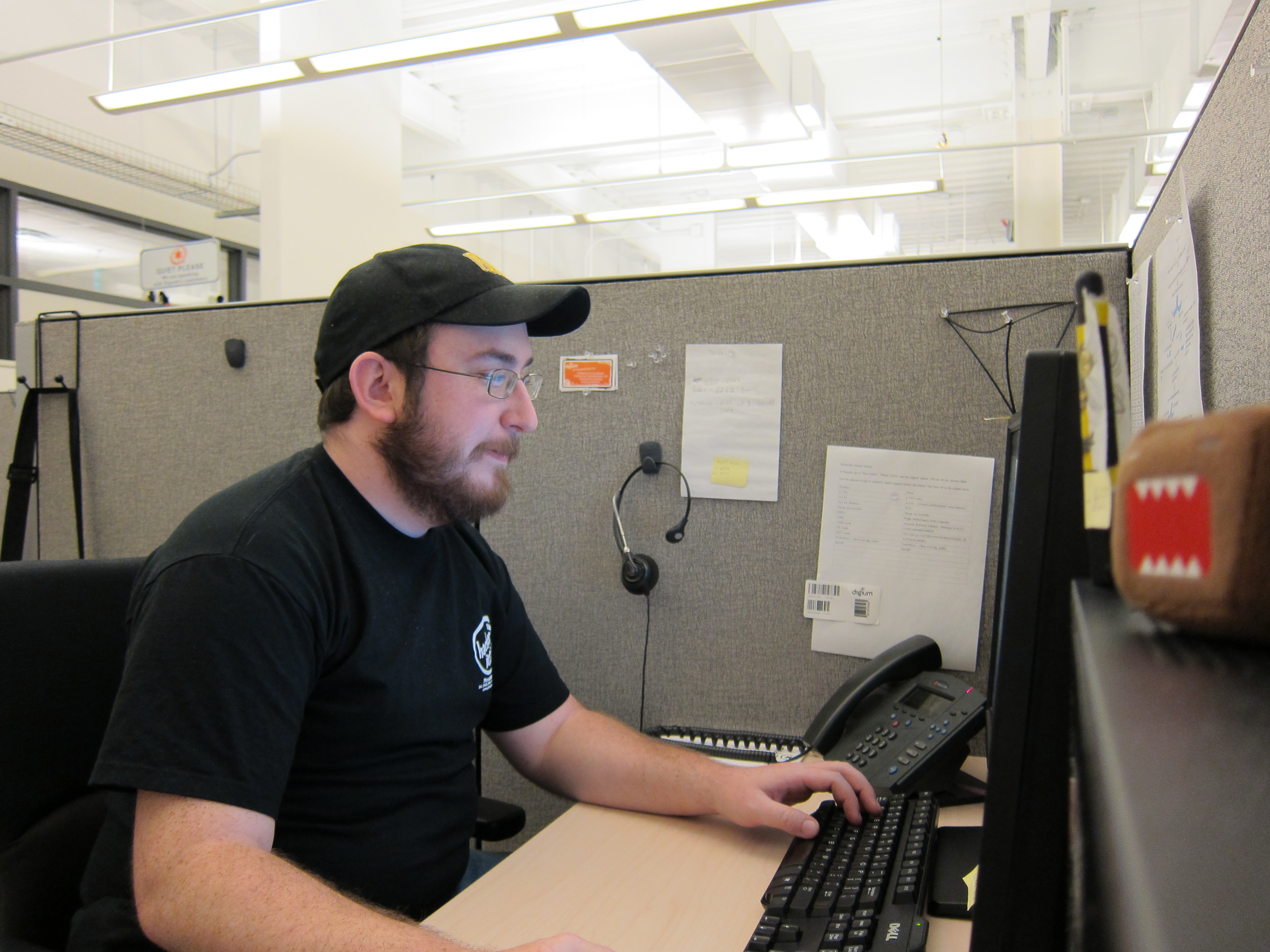 A hacker, maker, tinkerer who is almost constantly fascinated by the world around me. I have aspirations to be an engineer, teacher, inventor, and all-around cyberpunk wizard.

Born and raised in NH. Did all of my schooling at Franklin Public Schools, and participated in a large list of extracuriculars and clubs. Boy Scouts, Grange, Little Leauge, rec-center basket ball, Archery, Odysey of the Mind, Destination Imagination, Student Leadership, Drama, and Chorus.

I moved to the Rocket City in January 2008, and met up with an amazing group of fellow creatives and engineers at Makers Local 256. We worked on wild and crazy projects, helped teach and learn electronics, programming, and rapid prototyping. I started attending InfoSec conferences, and building on my skills and experiences.

Provision and maintain physical and virtual servers in VMWare, Citrix Xen, and Proxmox.
Provide internal support and escalation for our Support Technicians.
Respond to alerts for outages, diagnosing the issue and working to resolve it.
Find and test new software and services to evaluate usefulness for the company.
Worked rotating shifts for 1st, 2nd, and 3rds, as well as on-call admin as needed.
Travel to conferences to represent the company to potential customers and partners.
Install, cable, and manage server equipment within a Teir III data center. (HP/Juniper)
Worked as a part of admin team to migrate all services to a new datacenter.
Filled in for sales calls and emails as well.
Troubleshoot customer issues over email, phone, and live chat.
Troubleshoot server applications such as: Apache, Lightspeed, Mysql, Exim, and DNS.
Troubleshoot various web software platforms including: Magento, Wordpress, Mediawiki.
Received “Tech of the Month” award 3 times.
Promoted to System Administrator from tech support.

Managed software projects through GitLab.
Assisted with building and updating an internal application from Delphi to QT.
Helped to configure and deploy Ethernet to serial interface for CNC machines.

Preparation, printing, and sorting of delivery manifests as well as the subsequent delivery of pharmaceuticals and med-supplies.

Clean and repair computers and computer labs in preparation for the next school year.